Plans and schedules combined together

If you were a Stream Circle user of previous versions, you know that the system had two types of programs – plan and schedule. A plan was a long-term preparation for the broadcast, and it could be freely edited and contain hundreds to dozens of items, yet loaded quickly in the system. However, before broadcasting by the playout, a plan had to be generated in the schedule for an on-air broadcast. The schedule could be further edited but at a certain price. The schedule involved the generation and technical preparation of all data for the playout microservice, which could cause slower loading. The user had to decide whether to work more at the plan or schedule levels, considering the differences between the two approaches.

The great news is that we have decided to unify this entire process. Whether you create a long-term plan at the level of the primary items or a short-term schedule fine-tuned by secondary events and branding for the given channel does not matter. In new Stream Circle versions, you set up, prepare and save the schedule, mark it as ready-to-air and let playout broadcast your programmed playlist.

Read more in documentation release notes or book a demo to learn more. 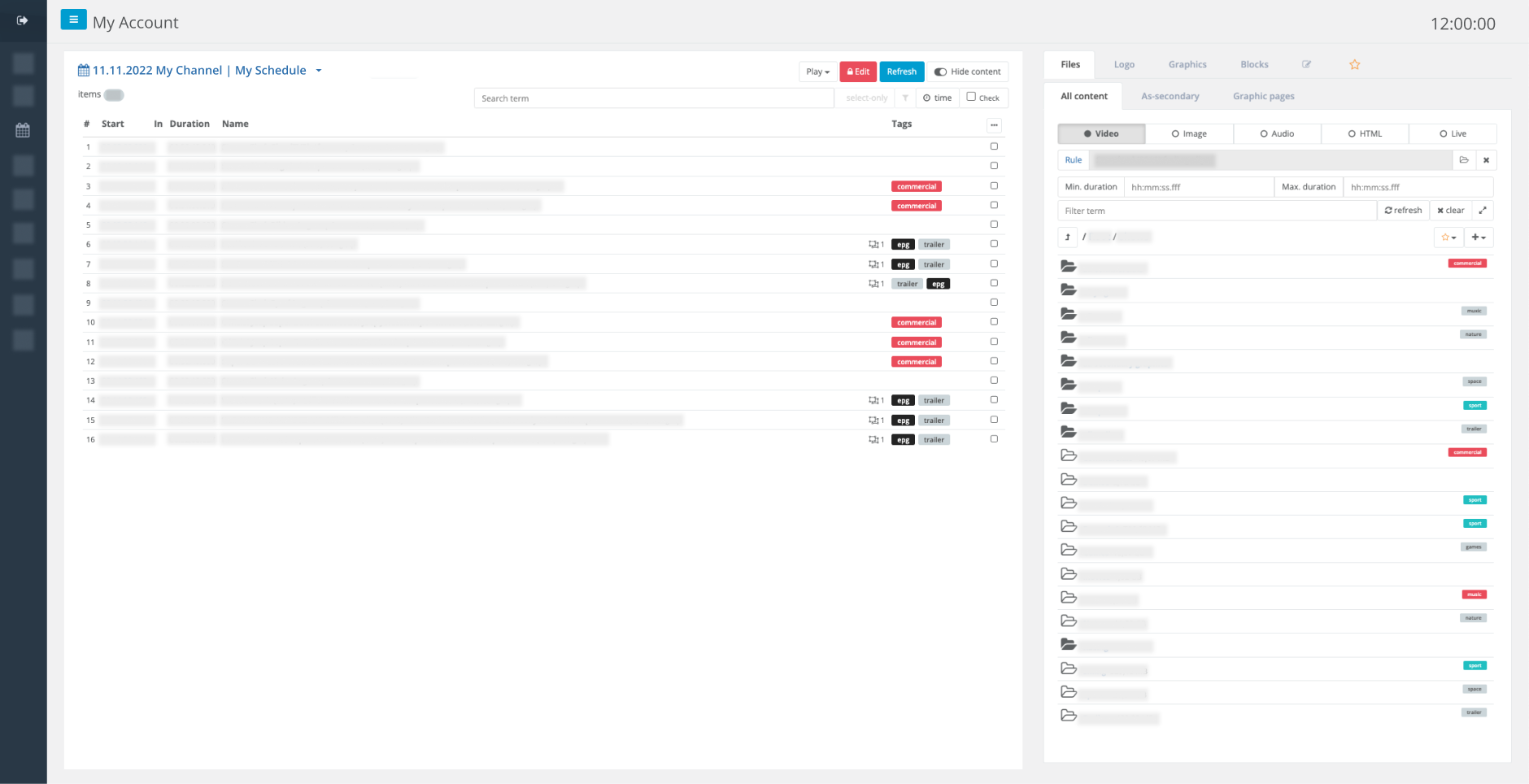